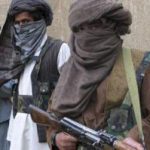 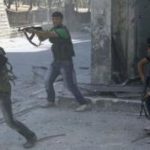 One US-led soldier has been killed and another sustained injuries in a mortar attack in Ghazni province in eastern Afghanistan.

The Polish Defense Ministry announced that the attack took place on Thursday while the country’s nationals with the US-led International Security Assistance Force (ISAF) were patrolling a highway in the province, AP reported.

The dead soldier who is identified as Adam Szada-Borzyszkowski, 28, is the twenty-second Polish soldier that has lost his life since the US-led invasion of Afghanistan in 2001.

The other soldier was taken to hospital by helicopter where he is reported to be in good conditions.

The increasing number of troop casualties in Afghanistan has sparked widespread anger in the US and other NATO member states, …

Two Swedish soldiers, a 28-year-old captain, and a 31-year-old lieutenant, as well as an Afghan interpreter were killed by fire from a handgun in Afghanistan on Sunday.

A third Swede, a 21-year-old soldier, was injured, and he was taken to a German field hospital in Marmal, just outside Mazar-i-Sharif, according to military daily news.
The Swedish newspaper Aftonbladet reported on Monday that the gunman wore an Afghan police uniform. It was not immediately known if the uniform was a disguise, or if the assailant was a police officer.

A group of Swedish crisis management soldiers in the ISAF forces were fired on while they were on patrol slightly west of Mazar-i-Sharif. The ISAF forces and a unit of the Afghan …

Afghans, for the second consecutive day, staged an anti-NATO rally to protest the killing of civilians by foreign troops in the country.

The protesters in the district of Qarabagh in Ghazni Province on Friday vented their anger against what they said was the killing of four innocent civilians, including two children, in Qarabagh on Wednesday and also against the threatening behavior of NATO-led forces.

One protester for latest world military news, Mullah Shoaib, claimed that the Afghan homes are searched by the troops and that the civilians are threatened with dogs.

“These people, these foreigners who attacked this house, showed how wild and cruel they are,” said Hashim Nasiri, another protester.

NATO in defense said the raid in the …

Afghanistan — Two American soldiers serving under Canadian command in Afghanistan were killed by a roadside bomb Tuesday in the second such incident this month.

The pair were on a foot patrol with Afghan soldiers, looking for an ammunitions cache in the dangerous Arghandab district just north of Kandahar city.

According to military daily news Five other soldiers were injured.

Word of the incident was delayed pending notification of family.

Both soldiers were working with the 2nd Battalion, 508 Parachute Infantry Regiment.

“Their loss will be mourned by Americans, Canadians and the Afghans they …

While Israeli soldiers can’t fight in the war in Afghanistan, Israeli drones can. Starting next week, five NATO member countries will be operating unmanned aerial vehicles produced in the Jewish state in anti-Taliban operations in the Central Asian country.

Next week world military news of the day will be there with officials from the German military will arrive to take delivery of an undisclosed number of Heron UAVs, made by Israel Aerospace Industries.

The Heron is a medium altitude long endurance UAV that can remain airborne for more than 30 hours with a cruising altitude of 30,000 feet, and can carry a payload of 250 kg. It has a wingspan of 16.6 meters, a takeoff weight of 1,200 kg. …

Three Danish soldiers have been wounded in Afghanistan as their vehicle is hit by an improvised explosive near their Forward Operating Base Armadillo in the Helmand province.

A further three soldiers received minor injuries during the extraction of their injured colleagues yesterday afternoon, but the spokesman said two had already resumed their duties and the third would soon follow.

The three soldiers injured in the explosion received first aid on the scene before being evacuated to the field hospital at Camp Bastion.
An army spokesman said the three, who are from the Royal Lifeguard regiment, would be flown to Denmark in the coming days for …

Canada to Ship 20 Tanks to Afghanistan as Pullout Looms

Military-World Website — Canada will ship another 20 tanks to Afghanistan in the fall of 2010 to replace those that have been destroyed by insurgents or worn out through repeated use.

The Leopard 2 tanks will be shipped directly from Germany, where they are being refurbished, to Kandahar starting in September.

Although the tanks will only be on the ground for nine to 10 months before they have to be shipped back when the Canadian military mission ends in July 2011, Defence Department officials say the armoured vehicles are essential.

“The tanks currently deployed to Afghanistan have been operating under some of the most austere field conditions in the world,” said Defence Department spokeswoman Lynne Rattray. “They will soon require …

Bulgaria Could Add up to 100 Troops in Afghanistan: Defense Minister

Bulgaria could add up to 100 troops in Afghanistan in 2010 and will consolidate its military contingent there in Kandahar, Defense Minister Nickolay Mladenov said Tuesday.

“In the beginning of January 2010 the Ministry of Defense will request the Council of Ministers our mission in Kandahar to be increased with 20 or 30 troops, and later there will be another request for 50 or 70 people more, so up to 100 troops will be added next year in Afghanistan,” Mladenov told a video and telephone conference with heads of the Bulgarian military missions abroad, opened for journalists.

Mladenov pointed out that Bulgarian contingent in Afghanistan, which now is divided in two military bases in Kabul and Kandahar, will be …

When Corporal James walked in on his fiancée sleeping with another man he threw him through a second-storey window and beat him with a wrench until the police arrived.

The former US Navy signalman was facing seven years in jail for what was — by his own account — a frenzied assault. But on March 9, 2007, just three days before he was to stand trial, James, 22, packed a change of clothes and some cigarettes into a small duffle bag, said goodbye to his mother, his stepfather and his sister, and flew to Paris to start a new life.

A British soldier was killed by an explosion in southern Afghanistan this morning, the Ministry of Defence said.

The serviceman, from the Royal Military police, died on a foot patrol near Gereshk district centre in Helmand province.

The death is the fourth this month and brings to 222 the number of British troops killed in Afghanistan since the October 2001 invasion.

The soldier’s family have been informed.…

Key described the deployment as a dangerous assignment, and told a press conference that he cannot rule out the possibility of casualties.

The troops will be under the control of the commander of the NATO international security assistance force in Afghanistan, but overall command will be retained by the chief of the New Zealand Defense Force, through an SAS commander in the field.

About 140 New Zealand Defense Force personnel are running a provincial reconstruction team in Bamyan province, which the Government intends …

Taliban on The Rise in Afghanistan

The Taliban are tightening their grip on Afghanistan with a permanent presence in 80% of the country.

The number of Taliban fighters has soared by 72% from this time last year, despite a massive boost in the number of Nato troops.

Research shows the Taliban – ousted in 2001 – now has a “significant presence” in the war-torn region and is growing all the time.

A new map released by the International Council on Security and Development (ICOS) also shows that a further 17% of Afghanistan has a “significant Taliban presence”.

Norine MacDonald QC, ICOS president, says: “The unrelenting and disturbing return, spread and advance of the Taliban is without question.”

Another worrying development is the fact that the Taliban …