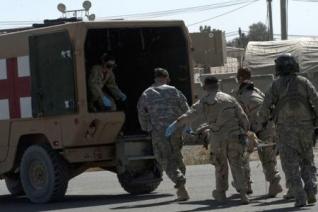 A bomb attack has killed a US-led soldier in southern Afghanistan, bringing the death toll of US-led soldiers in the war-torn country closer to 600 so far this year.

ISAF did not identify the soldier’s nationality, AFP reported.

The incident comes as the number of attacks against Western troops in Afghanistan has soared significantly in the past months amid a public outcry against the prolonged war in the country.

The death brings to 599 the number of foreign soldiers who have lost their lives in the Afghan war this year. The figure is the highest annual toll since the start of the US-led invasion of the country nearly nine years ago.