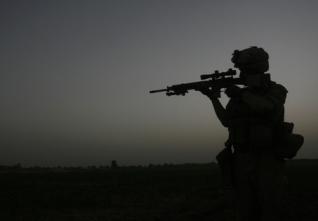 The allegation made by Times UK reporter Jerome Starkey that NATO “covered up” an incident that was conducted outside Gardez in Paktia province is categorically false.

Additionally, Starkey incorrectly quoted Rear Adm. Greg Smith of ISAF when he did not include the word “armed” in the following sentence: “If you have got an [armed] individual stepping out of a compound, and if your assault force is there, that is often the trigger to neutralize the individual. You don’t have to be fired upon to fire back.”

The ISAF Joint Command issued a press release about the event within several hours. IJC dispatched a team to the site within 12 hours, and a thorough, joint investigation was directed. Based on the level of detail of that investigation, it has taken weeks, not days to conduct. The results have been received by the IJC staff, and after review will be forwarded to ISAF.

The statement in the initial press release that the women had been “tied up, gagged and killed” came from initial operational reports.

Based on subsequent reviews, those reports were based on a lack of understanding of local burial practices. The women’s feet had been tied, and they had cloth straps that immobilized their jaws, evidently in preparation for burial.